I have a confession to make:

When I was in high school and college, I tried erasing as much of my blackness as possible to “fit in.”

Let me start at the beginning. I was acutely aware of race as a young child. I can’t say that it had a profound influence on how I experienced much of my life up until now. Well, at least in how other people and society treated me. Or so I thought. Looking back though, when I apply that “race lens” over events I wasn’t able to understand then, the “race lens” provides a clearer and more logical explanation.

But I’m going to speak about how I experienced my childhood, rather than how I interpreted it many years later.

My earliest memory of being aware of race was in elementary school when I thought that my parents bought the brown, whole-wheat bread instead of the white, white bread because we were black people. White people bought white bread. While skin color-based purchases did not actually apply to bread, my mother did make sure we had other race-appropriate toys. I’m talking Black baby dolls, Barbie dolls, Cabbage Patch Kids, Bibles with Jesus with an Afro, instead of white-Michelangelo’s-nephew-Jesus. Our dolls and toys were rather diverse, actually, but never a white Jesus, though. (I do recall one in a children’s bible, but that was the exception rather than the rule.)

I remember feeling deeply ashamed of such toys. Not because I thought they were ugly, per say. They were just the “other,” not “normal.”  White would have been “better.” In college, I even went so far as to put a paper cover on the Bible with Black characters because I felt that the book was an adaptation to me being Black, rather than a true/more accurate depiction of the people from that era. Having a Bible with White characters would have made me more “normal.”

My parents did their

best, during my entire youth, to make sure I witnessed black people doing great things and that I never felt limited by my race. And I did. No limits, no overt racism, no “white man keeping me down.” That world didn’t exist. My spiritual upbringing did play quite a role in all of this, but I’m not going to get into all of that now.

Until I was about 12, aside from racial shame I felt from “having black things because I was black,” there were no other traumatic, race-related experiences. I lived in a diverse town, had friends of all races, and was generally unconcerned about my skin color. When I was 13 though, we moved a small, but up-and-coming, majority-white city in North Carolina.

This is when I began to notice more of my differences as a Black person. The first thing I noticed was how the little heads peeking over the seats on the school bus were nearly all blonde. And how the girls casually, and constantly ran their fingers through the front of their silky straight tresses to push it out of their face. This was ultimately how my obsession with hair began. I noticed the way jeans fit people perfectly, instead of having that awkward gap at the waist in the back. And I noticed the way people talked.

This was my first time encountering Black people who spoke a different dialect than me: an uneducated-sounding version of English, referred to as “Ebonics,” that I could barely understand (even less so than the White, southern accent).

I noticed who valued education, who paid attention in class and who “respected” authority. I noticed who managed not to have pregnancy scares at 14-years-old (In hindsight, I handled this situation very poorly, and if you’re reading this, I hope you can accept my apology.)

I didn’t feel like a Black person. I didn’t talk like them, act like them, take classes with them. I had completely different life experiences and thought I couldn’t relate to them. I was the type of Black person that I felt didn’t “fit in” with them. I intended, not consciously though, to fully assimilate myself into White society and didn’t know or understand why they hadn’t done the same.

In my mind I felt “normal,” even if my skin color wasn’t. My outward appearance didn’t affect or hinder my normalness on the inside. And I don’t mean White, when I say “normal.” I just mean a person who didn’t fit into that mass of indistinguishable (by values, character, and interests, not by appearance) Black people.

I minimized everything about myself that was Black. I thought that if my hair was straighter, that I might be able to pass, at the very least, as a person of mixed race, or a person of a lesser, hated race. I thought that was better than being Black. I didn’t embrace having a curvy figure: I wanted to be slender (not anorexic-looking, though. I managed not to fall into that nonsense). 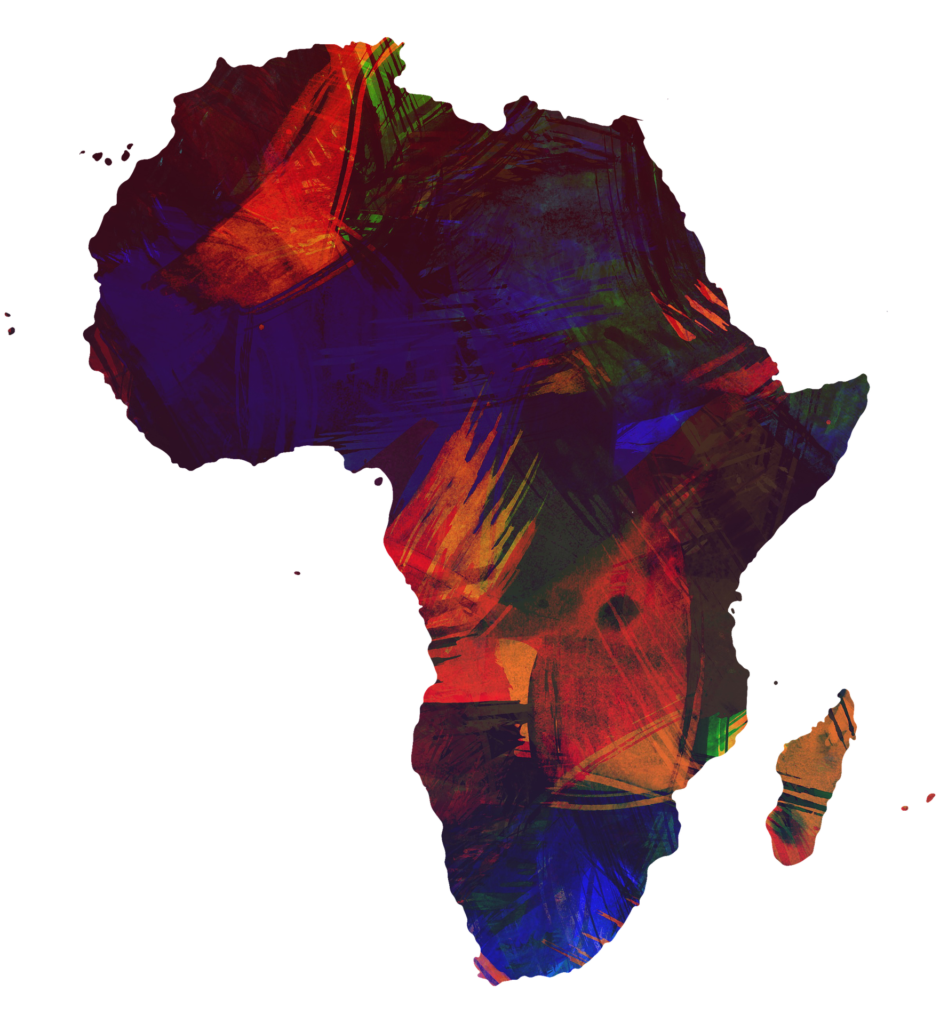 Uncomfortable, I shied away from Black things. The black student club, the African-American teen groups my mother my made my siblings and I join and attend regularly, Black history, Kwanzaa, hip-hop, R&B, and rap music. These things were too populated and enjoyed by people who were the Black “other,” and participating in these things would make me too Black. Even anything “African” (including the word) made me squirm. (You know how people had a preference of either “African-American” or “Black. I didn’t get it. I preferred neither—I was American.)

I see now that my attempt at assimilation resulted in profound self-loathing. Strangely enough, I never hated the way I looked though. I always thought I was pretty and was just glad I didn’t look too Black. I obsessed over the minute details of my appearance but it wasn’t because I thought I was ugly. My obsession was about looking too Black. It was an odd, paradoxical experience. That’s what my assimilated Black experience boiled down to: a twisted sort of self-hate that isolated me.

I’ve found that nobody really talks about the assimilated Black experience. Why should we if we made our Blackness invisible everywhere but on our skin?

But I needed to hear those voices.

I needed to hear about experiences similar to mine and not just people telling me I was an “Oreo Cookie,” or “Not Really Black.”

I could have realized that my secret self-loathing, rejection of my Blackness, and my need for complete and utter assimilation was a product of systematic racism in our society. The same systematic racism responsible for repressing the people I saw as the Black “other.”

I know this now, and I’m moving towards a more self-aware and self-accepting future.

I am coming to terms with my Blackness, as that’s one of the things that kept me separated from the unassimilated Black masses of people I saw as “other.”  I’ve learned that many people I would have once turned my back on, would gladly accept me as their friends. With an open mind, I could have had support when I experienced subtle forms of systematic racism and I could have offered that same support to others. There is so much I have learned and continue to learn from listening to people who didn’t grow up as an “assimilated Black American.”

The Black experience is an extraordinarily complex and diverse thing. I lacked this knowledge as I was growing up, as do many people in this country. We need voices from all experiences to come together and unite us against our common problem.

Talia Clay is a YA speculative fiction and science fiction author. Her books challenge racial politics and address coming-of age issues of black youth. Her first novel, White Minority will be available soon.